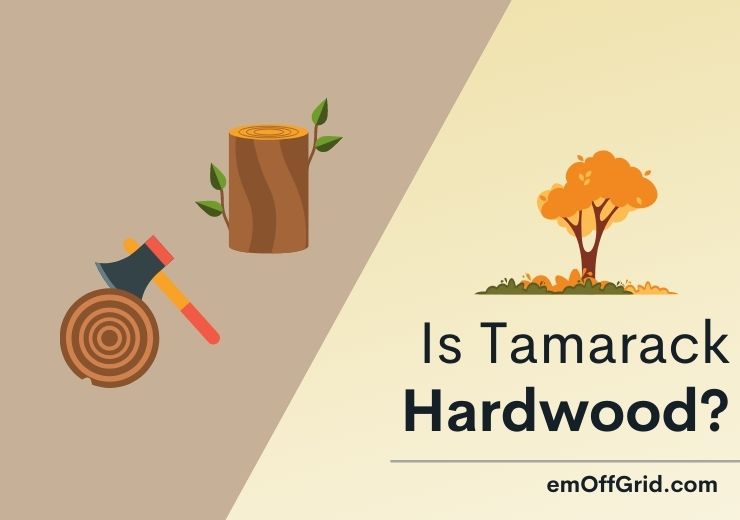 Tamarack is one of the most popular trees in Canada. It grows together with trees such as balsam fir, black spruce, and aspen.

Many people assume that it is hardwood, mainly because it produces wood that is rot-proof and perfect for use in outdoor purposes.

Not only is it beautiful, but also high quality. But is it really hardwood? If not, what features make it a softwood? We have all the answers you need about tamarack.

This post highlights every important detail about the tree. That includes its lifespan, its properties, its applications and much more.

We will also be determining if the tree is a hardwood or a softwood and how that affects its applications.

It is hard to identify the nature of tamarack trees. They are harder trees and are somehow soft at the same time but they are not hardwood.

Tamarack produces a durable and heavy wood used for poles, fuel, and much more.

There are differences that the tamarack tree has with other breeds.

To properly classify the tamarack tree, we have to compare these features with the other trees and determine where it actually fits. Let’s get started.

Hardwood is the wood that is produced by flowering plants. These are angiosperm trees. It is a term that means vessel seed.

Trees under this category have densely packed and long fibres, which is why the wood is harder.

Since the tree is condensed and has a complex structure, it is able to provide durable and strong wood.

Some of the common types of hardwood trees include Meranti, Iroko, Sapele, Teak, and Oak. Hardwood trees need more time to dry and will generally grow slower compared to other trees.

These are reasons why it is more expensive.

There are hardwoods like walnut, maple, and beech that are used for joinery projects, wooden flooring, crafting furniture and more.

They are meant for these tasks because they have specific woodgrain and color, and other characteristics. 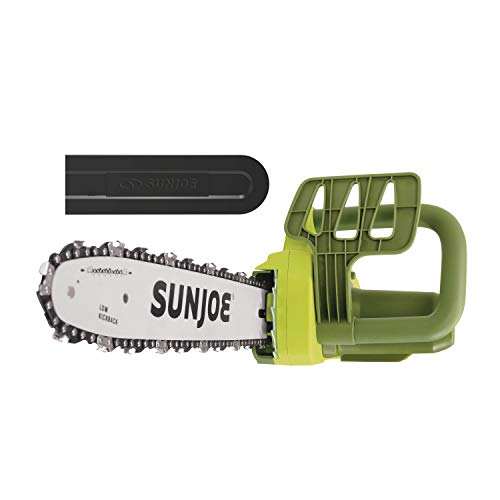 Softwood is found in gymnosperm trees that have cones and needles in most cases.

Softwood is lumber harvested from evergreen or coniferous trees. In most cases, softwood is used for building. 80% of timber is cut from softwood.

It is then supplied in rectangular, long forms as rails, posts, as well as planks.

This type of wood is used for furniture to make chest drawers, chairs, and more. You can also use it for window frames. There are certain softwoods that are harder compared to hardwood.

Nevertheless, they are less dense in general, which makes it easy to plane, saw, nail, bore, and more.

Some of the softwood tree species include cypress, Fir, Larch, Redwood, cedar, and pines. They have many applications when it comes to any type of construction.

Is Tamarack Hardwood or Softwood?

Tamarack is one of the softwood species on the planet. It is from the Pinacea family.

It will normally lose its needles during fall so it is easier to identify when winter comes. It is a very common and popular tree in Canada.

Tamarack will grow together with balsam fir, black spruce, birch, as well as aspen. It grows mostly in an environment with poor drainage, which makes it quite hard to harvest.

The tree will grow to a maximum of 25 meters, a diameter of 50 centimeters and will live an average of 150 years.

When it reaches 30, it will be able to produce around 194 m3/ha. It is a perfect tree for outdoor uses, even for decks because it is generally rot-proof.

The Tamarack wood is yellowish-brown with whitish sapwood. You can see the annual growth rings easily with an abrupt transition to latewood from earlywood.

Over time, in harsh conditions, its wood will change color and become silver grey.

It has a spiral-grained, coarse texture. It has a waxy feel when you touch it and is somewhat oily.

This is classified as the densest softwood in North America and has amazing dimensional stability coupled with great elasticity modulus, often compared to hardwood.

When it comes to structural appliances, this tree is recommended. It has the ability to resist compression and bending. Sawing is easy. Drying is slow but also easy.

The mechanical properties of Tamarack are strong when it comes to compression and bending.

It also does not need chemical treatment to resist rot. These are some of the reasons why it is harder to identify this breed.

When fall comes, you will notice one very magnificent tree that is different from the rest. The Tamarack has yellow-orange needles that are simply perfect.

The tamarack tree bears cones (coniferous) and is part of the genus that feature needles.

It also drops its leaves when fall comes. When this happens, it will revel an appealing flaking bark that you will easily identify come winter.

This tree is commonly known as the Tamarack. It is also referred to as the American Larch, black larch, eastern larch, red larch, or the hackmatack and is a unique pine family member.

It is a tree that will lose its needles come fall. The tree has a narrow trunk. The younger trees have a thin and gray bark while older ones have red-brown and scaly bark.

The tree’s scientific name is Larix laricina. It is a tree native to Canada distributed south to northeastern parts of the US in Minnesota, West Virginia, and Carnesville Swamp.

It also grows in Eastern Yukon, Inuvik, as well as east to Newfoundland.

A mature tamarack normally has a height of around 80 feet and a width of around 30 feet. It also has no specific odor.

Identification of the Tamarack

The tamarack, a member of the Pine family, has a slender trunk and is conical. It features green deciduous needles that grow to around one inch.

These needles are in clusters of around 20. Their attachment to the twigs is in tight spirals so the tree has a feathery appearance.

Unlike most of the conifers, this one will shed the needles during fall. Its bark is smooth and grey and will change slowly to a scaly, reddish brown as it grows.

Inner layers of the tree are red-purple with slightly ascending, horizontal branches.

Common Applications of the Tamarack tree

There are many applications of this amazingly unique tree. All these applications are as a result of the different aspects and features that the tree has.

As mentioned earlier, there are several differences between this tree and others of the same type.

Nevertheless, the tree has a range of applications as mentioned on this post.

Construction of houses, furniture, and many more is an important role of softwood trees such as the tamarack. It is mostly used in constructing the inner walls, the roof, and other buildings.

At the same time, this type of wood is used in construction of doors, fences, pallets, containers, as well as furniture.

There are man-made boards that are made using softwood such as tamarack. You can make boards such as the medium-density fiberboard, all of which have unique applications.

Since this wood is resistant to compression and is strong, it is used to make patios and decks.

It is also used for veranda wood and to make snowboard boots. It is able to withstand heavy weight and will last longer doing it. 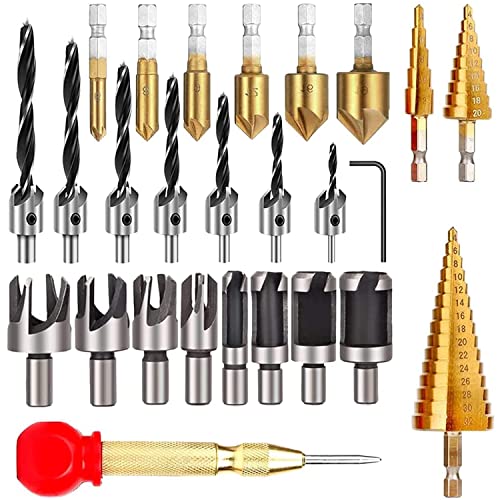 Tamarack acts as a food source for certain wildlife species. Animals such as porcupines will fed on the inner bark while the squirrels feed on the seeds.

Some animals, however, such as the white-tailed deer will avoid the tamarack.

The Columbia SIlkmoth larva can be referred to as the Larch SIlkwork and it received this name because the Larch is its preferred host.

The edible uses of this plant are limited. When you boil the tree’s tender shoots, you can eat them and get some nutrients.

You can scrape, dry, and grind the inner bark and use it in a meal or mix it with other flours.

It can also be used in making tea. The roots are mainly used for this purpose.

The bark, bare branches and boughs are other parts of the tree you can use to make tea.

This tea will easily relieve symptoms such as congestion and sore throats. It will also work perfectly in combating fatigue and treating upset stomachs.

The Extraction Of The Chemical Arabinogalactan

One of the most important and unique but little-known applications of tamarack is the extraction of the chemical Arabinogalactan.

The arabinogalactan chemical is a sort of powder that is found in several trees, mainly larch trees.

It is a unique form of chemical, approved by the FDA in the U.S. as a source of fiber.

It also features some therapeutic advantages and it serves as a stimulating agent for the immune. It is also a cancer protocol adjunct.

The prices of tamarack wood are moderate. That is mainly because the lumber production for these trees is low and its wood is almost never available in the market.

What is special about tamarack trees?

The tree is special because it has soft needles that become golden come fall and drop, returning each spring. It is also a perfect habitat for animals and other plants.

Is tamarack good for siding?

Tamarack has great natural weathering abilities, which make it great for siding, soffit, shingles, as well as exterior decking.

This is one of the most versatile, unique, and effective softwood out there. It is a very popular tree for different reasons but is among the best for construction and many other uses.

We hope that you found the information you needed. Thank you!