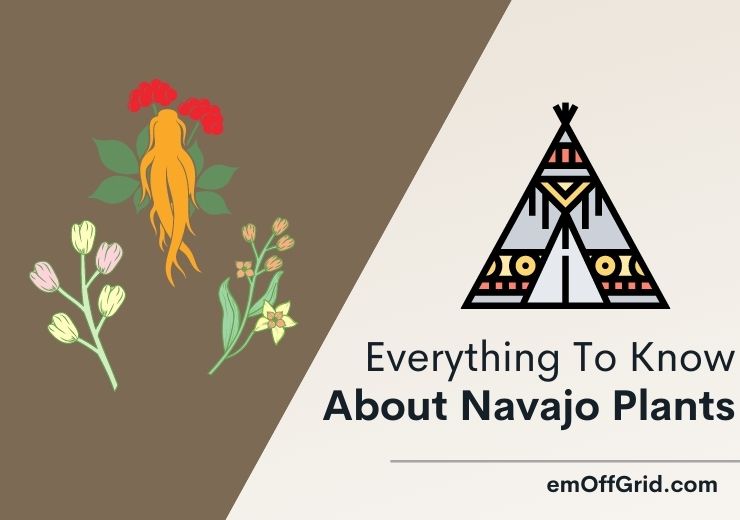 The Navajo tribe is native to North America known for their great skills in herbal medication. They used almost every plant to cure different ailments.

As an off-gridder, you need to know about Navajo plants that were valued for different medical purposes.

In this article, we will be looking at the Navajo tribe history, unique plants, and a detailed list of miracle plants the navajo used for medicine.

We will also talk about how the Navajo tribe used plants to cure different ailments. Keep reading for more information.

Navajo or Navaho is the second most populous of all indigenous Americans.

By the early 21st century, their population was about 300,000, most spread across New Mexico, Utah, Colorado, and Arizona. As of 2021, the Navajo population significantly grew to about 400,000 individuals.

The Navajo people are well known for their ability to use herbal medicine to treat most of the diseases they faced.

The community had healers or medicine men who were responsible for offering medical services to the ailing members. They had different diagnosticians who specialized in treating varying diseases.

Navajo Indians used about 450 different species of plant for medicinal purposes. Herbs for any healing ceremony were collected by an experienced medicine man in the company of an apprentice.

The apprentice was meant to take over the responsibility when the medicine man dies.

The native Navajo tribe used over 450 plant species for medication. Today, just a fraction of those herbal plants are in existence. And even the surviving ones are endangered or threatened.

The industrial revolution and human encroachment into the natural habitat have had a lasting effect on these plants.

Some of the plant species used by Navajo are preserved in different institutions for further research and to save them from extinction.

5 Endangered Plants In The Navajo

Any plants whose survival is in jeopardy are referred to as endangered species. They show signs of extinction worldwide or from a particular political jurisdiction.

The factors that contribute to that include climate change and human activities. Plants that cannot adapt to the changes will give way to others.

Endangered species of plants used by Navajo for medication include the following:

Threatened Plants In The Navajo

Threatened plants are defined as those that are vulnerable to endangerment in the foreseeable future. These plants have often been listed by authorities for conservation and remain so until the conditions change.

A plant can be removed from the list of vulnerable plants if its population increases.

The following are some of the threatened plants used by the Navajo tribe for medication:

20 Candidate Plants In The Navajo

These are plant species that can be potentially listed as threatened or endangered plants. The research on them to appear on the list is usually underway.

The result of reperching on plants listed as candidate plants can qualify it to be moved to the list of threatened plants or not. 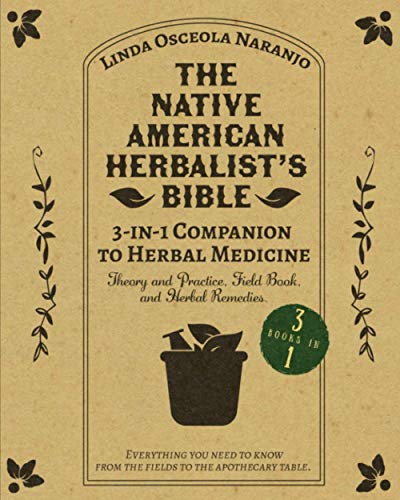 The Native American Herbalist’s Bible • 3-in-1 Companion to Herbal Medicine: Theory and practice, field book, and herbal remedies. Everything you ... know from the fields to your apothecary table
$28.70
Check Price on Amazon

Sensitive plants respond to touch and other stimulation by curling their leaves inwards.

These plants have antibacterial, antivenom, antifertility, anticonvulsant, aphrodisiac, among other pharmaceutical properties. They are herbal medicines that have been used for ages.

Sensitive plants used for medication include:

Anyone interested in going off the grid (off-grid lifestyle) should embrace herbal medicines. That is because you will be located away from a medical facility.

Moreover, you will not be totally independent if you still rely on over-the-counter drugs.

You need to know a few plants with medicinal value. They will help you to respond to different ailments on time. The following are some of the famous herbal plants among the Navajo people that you can consider:

Lichens usually grow on wet rocks or damp tree branches. Navajo people could pull them off and chew them to relieve mouth pain caused by canker sores or swollen gums.

Purple locoweed was a crucial medicine for unblocking nasal passages. Leaves were collected, crushed, and boiled to produce steam. It was inhaled through a small opening.

Desert thistles were effective in dealing with fever or chills. They are administered through drinks such as tea.

White horehound is prepared as tea, which is then drunk to cure sore throats and coughs.

The name can be misleading as it had nothing to do with the neutralization of snake venoms. Instead, its wet leaves are placed on the forehead to treat malaria. It was never ingested.

The flower of this plant is what has medicinal value. If you have problems with indigestion, cramps, stomach aches, or any other stomach problem, just eat the flowers only.

The name of this plant should not deceive you that we want to make you feel high. It is related to marijuana plants, however, the root has no psychoactive compounds that usually bring a high effect.

Just boil the roots to make a solution to drink to treat intestinal worms and dysentery.

The roots of antelope sage are brewed into a tea for treating stomach-related problems such as cramps and stomach pains.

The leaves and flowers of this plant are used as tea supplements to alleviate cramps and provide soothing tonic.

Greasewood was used to help mothers in labor pain. A tea made from the leaves was drunk to make childbirth easier.

The plant was used to make tea. It reduced the pain mothers usually feel after childbirth.

A tea made out of this plant was drunk to stop a prolonged menstrual cycle. Leaves and flowers are the main parts used for this purpose.

A fresh artemisia plant is ground into a paste and applied to the forehead to relieve headaches, boils, pimples, and other skin diseases.

Spurge is an edible plant but with medicinal value. A fresh plant is ground into a paste and applied to the skin to treat acne and other skin diseases.

Green briar is edible, but Navajo people used its leaves as a bandage. The fresh leaves could also be turned into a paste and applied on burns, sores, and an open wound to fasten the healing process.

The leaves and flowers of this plant are effective in initiating the healing process of the wound and also prevent further infection. They were ground into a paste and then applied to the affected part.

Blue corn is an iconic cereal used by Navajo in ceremonies. Apart from the edibility, blue corns were ground and applied to the skin to encourage regeneration.

They have the property that shades dead cells and enhances the development and growth of new skin cells.

Leaves of the sage plant were used to prepare tea. That tea had medicinal benefits such as treating diarrhea, eyewash, disinfecting the wound, hair wash, among others.

Any part of hawkweed was utilized by Navajo people as a natural diuretic. It was administered in tea form.

The inner bark of this plant was extracted and rubbed onto the hair or scalp to remove itchiness caused by dandruff.

Yucca was used for making a natural shampoo for removing grease stains and dirt from hair. The fresh leaves are grounded into a thick paste and then rubbed onto the hair.

Horseweed had many medicinal uses, such as treating diarrhea, dysentery, internal hemorrhage, hemorrhoids, as a diuretic, and for many other ailments.

The roots are boiled to make a tea that was being drunk to relieve the ailments.

This plant was used for treating ailments related to specific immunohematology and histocompatibility. These are often caused by insect bites such as spiders.

The roots of this herb are used for relieving digestion problems including, but not limited to, appetite loss, fullness, intestinal gas, diarrhea, gastritis, heartburn, etc.

It is also beneficial for the treatment of inflammation and swelling of the liver, spleen, stomach, and other organs.

How Did The Navajo Tribe Use Plants?

Navajo and other Native Americans used plants for survival reasons. They depended on them for food, medication, shelter, among others.

For centuries, these native people relied on plants. The invasion and civilization changed their lifestyle but some of them still cherished their herbal medicine. There were a set of rules that governed the use of herbal medicine, and everyone had to follow. They included the following:

All traditional medicines were extracted from natural plants.

Plants were used naturally without processing. The only problem associated with that was occasional allergies.

The power of healing different plants is honored. That is if they are used for medicinal purposes only except the edible ones.

Not everyone was allowed to collect the medicinal plant because it was a ceremonious occasion headed by medicine men and religious leaders. Prayers and offerings of sacred stones were carried out.

Just enough medicinal plants for the purpose were collected. No excess plants were kept for future use.

What is hello in Navajo?

Hello is the most common form of greeting in Navajo. In their language, you say yá’át’ééh if you want to say hello.

What are the 4 sacred mountains of Navajo?

The four mountains used to mark the Navajo land include Mt. Blanca to the east, Mt. Taylor to the south, San Francisco Peak to the west, and Mt. Hesperus to the north near Durango, Colorado.

What is the Navajo culture known for?

Navajo’s religion is widespread and famous for its intricacy. Also, the work of art and crafts were divided. Women were responsible for knitting blankets and molding pots, while men specialized in jewelry making.

What is the difference between Navajo and Dine?

Dine and Navajo are the same things. Before the name change, Navajo people were called Dine, which simply meant “the people”.

What is the most common plant found in the Navajo Nation?

Juniper is most probably the most popular plant in the Navajo Nation for its very many uses. It is used by cooks, children, medicine men, and mothers for different reasons.

You can live off-grid comfortably if you can adopt the Navajo medication style. The people could treat almost every ailment using just natural plants.

From the information presented in this article, we are confident that you can fulfill your desire to stay off the grid.

We appreciate your time for reading this article posted at the Em Offgrid. You can also look at our previous posts to find answers to other related questions. We also encourage you to share with your friends.