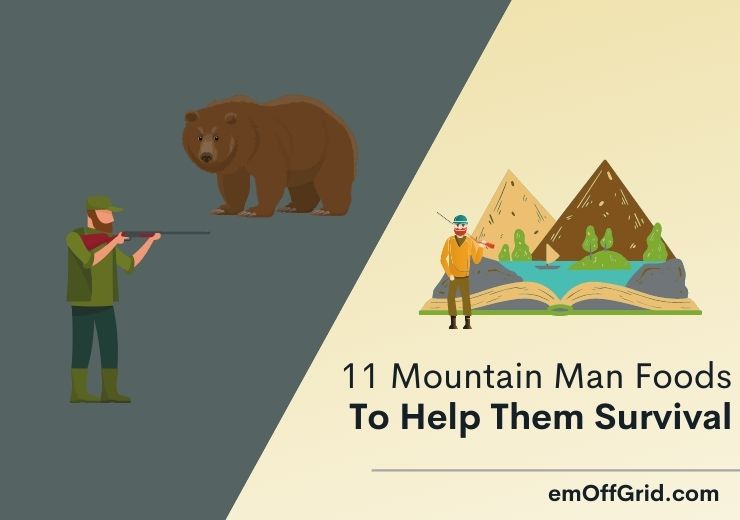 The American Mountain Men of the early 19th century are the people we should hail as heroes for survival skills.

During that time, finding food was not easy as it is today. They had to survive on what we now call the mountain man food.

In this article, we will talk about the 11 recipes that mountain men depended on for survival. As an off-gridder, learning about these recipes is not optional.

You will likely be in the same situation and preparing in advance gives you the confidence to face it. Keep reading to find out!

Who Is Mountain Man?

A mountain man is an explorer that depicts a true definition of a survivalist.

Such men lived around the 19th century, drawing maps, discovering new routes, and providing many other inputs to settlers. They merely survived the hostile conditions in the wilderness.

Another important aspect of the mountain man’s survival is their diet. Finding food was the main challenge they faced.

Unlike today, they could not just walk into a grocery store or a supermarket to pick what they needed. Instead, they depended entirely on nature.

However, nature could not provide a stream of food to mountain men. There were seasons when the food was scarce, and that depended on the season.

Learn more about the journey and life experiences of a mountain man in the journal Rocky Mountain Life.

The diet of a survivalist may not be anywhere close to the delicacies we enjoyed today, but nutritious enough to give the mountain man good health.

How did the mountain man find to make these seemingly strange food sources palatable? Let’s dive into the details.

Boudins consisted of a portion of buffalo’s intestine filled with wild onions and other herbs and spices.

Once they were pushed into the intestine, the other end was tied off and roasted until sizzling. Boudins were sausages and were considered a delicacy of those times.

Boudins were nutritious compared to other foods that the mountain man ate. They were packed with vitamins and other nutrients that pemmican didn’t have.

Bear was one of the fiercest animals that mountain men had to face in the wilderness.

The records have it that there were more bear attacks than lions and other wild animals. However, bears also formed part of their diet.

Mountain men extracted liver, heart, kidney, fat, fleece, and ribs from any killed bear. The animal could only be trapped before winter when bears are active and out of their hibernation hideouts.

However, it was not their favorite and could only be hunted if there was food scarcity.

Pemmican was made with a combination of dried meat, dried fruit, and rendered grease.

The dried fruits and meat were grounded to fine particles, and a hot grease was poured over the mixture to moisten it. The resulting mixture was then packed in a skin sack or bladder.

Pemmican was considered by the mountain man as a high-energy food that could be transported along.

Another benefit of pemmican is its long shelf life. So, it could be made in bulk for future use when the food was scarce. 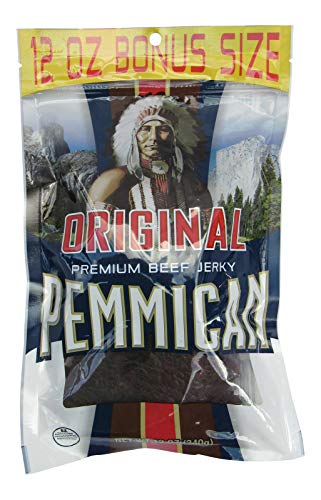 Bitters were buffalo gut juice. They were prepared by mixing one pint of water with one and one-quarter of buffalo gall.

Many mountain men considered it as a wholesome and exhilarating drink.

However, first timers could feel nausea and vomit in severe cases. Once you get used to it, you can’t help but draw yourself in it.

Bitters were believed by mountain men to be good for boosting immunity and the overall well-being of people.

The ability of mountain men to live in the mountains depended on their capability to trap beavers. With their limited and rudimentary tools, they were able to catch the animal for food.

The primitive tools were set in location with visible beaver activities. These were the beaver signs that a hunter had to keenly observe.

Beavers were trapped during winter when they could get fat and have thicker tails. They had all-fat tails, which were loved for their delicacies.

The tail had the highest interest, and the rest of the carcass was often thrown away to animals.

The root was eaten by mountain men. It tasted more like a turnip and resembled a sheep sorrel.

Those who depended on white apples were better off because it was sustainably sourced compared to hunting.

There’s not much information about how the mountain men ate it, but it must have been one of their favorites.

Mountain men also hunted for mountain sheep. The meat was particularly praised for its tenderness and sweetness, closely resembling the mutton.

Once the hunters get the kill, they butcher the animal, cut the tongue and other parts, and go home.

Other people from the camp could go back to the scene to carry the rest of the meat. That was so to help hunters conserve their energy for sharpening the tools and the next expedition.

Prairie dogs have no close relation to pet dogs. They are burrowing herbivores that depend on the plant for survival and are found in the grasslands of North America. These animals were also hunted by mountain men.

Prairie dogs provided tender and palatable meat with a distinctive fine-textured oil. However, its meat was light and small, often treated as an appetizer by men who are used to eating pounds of animal flesh.

Prairie potato can be visualized as the common type we consume today. However, it has a rough and knotty appearance that distinguishes it from other potatoes.

Cooked prairie potato is dry and sweet, comparable to the arrowhead. These tubers supplemented the meaty diet of the mountain men. 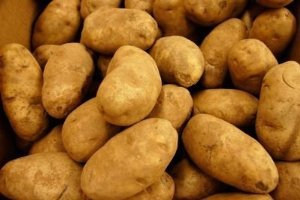 Wild fruits, berries, and vegetables were also part of the mountain man’s diet when in season.

They provided a better way to break from meat, which formed their diets. However, these were seasonal. That means they would return to their usual diet or sometimes go hungry if it was not available.

It seems that buffalo was the mountain man’s favorite prey. Mountain cider is another food type on the menu made from the digestive juices of buffalo.

A mountain man could pierce through the body with a knife to expose the intestines and other digestive parts. The hunter again used the knife to punch the distended pouch from where the green juice oozed.

The green juice was collected and strained to form the famous mountain cider.

The mountain man’s diet consisted of more foods than the eleven types described here. However, they are not as popular as all others. Those others included:

If you are eager to learn more, then get detailed information from the Food and Provisions of the Mountain Men. This book explains everything you need to know about the mountain man’s diet.

What would a mountain man carry?

Mountain man always carried all the essential tools, including a rifle, tomahawk, and possible bag. The bag had yet other equally vital tools such as a knife, flint, and many others.

Apart from the tools, he could have a buffalo skin blanket and a saddle when he was on a long-distance journey.

Coffee and tea were the preferred drinks of the mountain men. However, there is evidence that they could drink alcohol. Alcohol was part of the fur trade.

During that time, distilled liquors were colorless. The only possibility of trading alcohol is that they drank it as well.

Who was the most famous mountain man?

John Colter was America’s first known and popular mountain man. In fact, the Colter peak was named after him. Another equally known mountain man is Jim Bridger.

He explored and worked in the Western States of America between the years 1820 and 1850. Here is a list of famous mountain men:

What do you think of the dishes? Let us know in the comment below. Also, tell us what you would like to try or currently eat and why.

We would like to hear your opinion concerning the mountain man diet. Does it sound like something you can adapt to?

Thank you for your time at the Em Offgrid. We invite you to read our other posts on related subjects such as survival techniques.