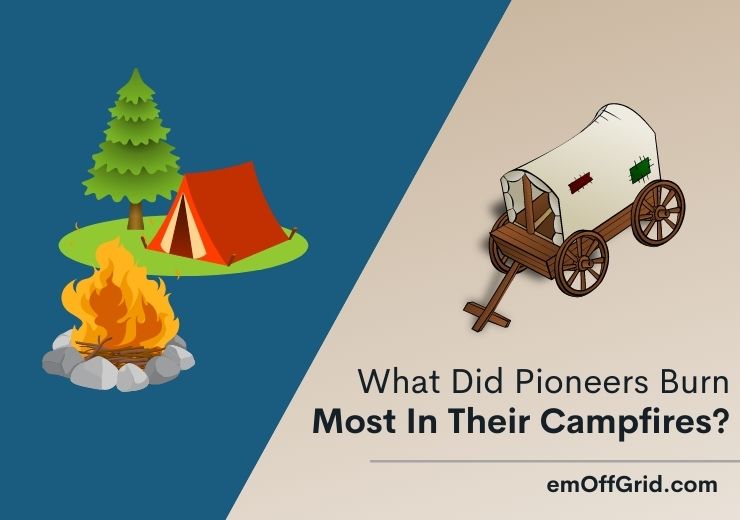 Living off the grid one question comes to mind is what the pioneers burn in their campfires either in winter or summer.

Off-grid lifestyle does have its benefits and drawbacks, and keeping your off-grid house warm in the wintertime may be difficult.

A little forethought may go a long way toward effectively and securely heating your area.

Whether you’re spending the weekend in a tiny hunting cabin, transitioning to an off-grid lifestyle, wanting to be prepared for an emergency in your on-grid house, or simply want to save money on your heating and cooking.

Check read this post for details on the burning options available to pioneers living off the grid.

About Pioneers And Their Life

A pioneer who relocates to formerly deserted or less populated areas is known as a pioneer.

Pioneer is a term used in the United States to describe an American pioneer, a person who traveled west to help settle and develop new territories.

In fact, several areas have remained virtually unaltered since the first pioneers attempted to settle this area more than a century ago.

Living on the lowlands has its advantages, but it also has its drawbacks.

This is certainly relevant for someone who is interested in learning about woodworking.

The absence of lumber was one of the most significant obstacles to populating the plains.

Individuals all across the globe have traditionally relied heavily on timber as a natural building resource.

When pioneers gazed into the Great American Desert, one of the major challenges they faced was the lack of trees on the prairie.

Wood was and still is such an important part of our lives, specifically when it comes to making a livelihood off the land.

Settlement appeared to be almost difficult due to a lack of timber.

3 Things Pioneers Burn In Their Campfires

Even though most people thought of the prairie as an unattractive area in the mid-nineteenth century, there were already individuals living peacefully in this treeless plain.

Eventually, a slew of Native American cultures arose, each with its own set of techniques for surviving with as little reliance on wood as feasible.

These lessons had also been taught the hard way by brave mountain men and adventurers.

They, too, had figured out how to exist in a nation without such a vital resource.

Everybody on the grasslands needed to understand how to create a fire despite utilizing wood as a combustible source.

Buffalo chips are named from the dried buffalo dung that formerly littered our meadows.

Buffalo chips, once known as “Plains oak,” have long been utilized as a source of firewood on the plains.

People gathered cattle dung for the same reason as they moved north.

Both sources provided a plentiful supply of fuel and, in fact, provided numerous benefits to wood fires.

For starters, buffalo chips don’t produce the same amount of sparks as wood fires in such a dry climate.

Instead of continuously lighting the grassland ablaze, the smoldering aids in fire management.

Buffalo chips were also perfect for burning in tipis as well as other outdoor structures because of their smoldering properties.

The additional benefit of getting “cow-cut” gasoline was the labor savings.

Individuals residing on the plains just collected and piled the chips rather than spending hours chopping and cutting wood.

This saving work would have been welcome in a place where it is so tough to make a livelihood.

Bears, for example, used to offer not just meat for the table but also firewood for burning lights.

Fat might have been a possible alternative if the pioneers or Native Americans happened to be in an area devoid of animal dung or plants.

I’ve utilized raccoon fat as a source of fuel when making a campfire in the past.

I can vouch for its capacity to generate heat.

However, unlike the previous three fuels, fat burns incredibly hot and very quickly.

Simply throw some raccoon fat on the flame and take a step back.

It’s recommended to utilize it in tiny quantities; or else, your fire might get out of hand.

Make sure you have a pail of soil on hand.

Water will exacerbate the situation in a grease fire.

Even though Grasslands are devoid of trees, there are certain areas where woody plants abound.

Sagebrush and yucca are the most common plants in my region.

These kinds of fuels were very useful at times.

Osborne Russell, a mountain guy, wrote a record of his expertise using sagebrush for fire.

Russell and a couple of his colleagues’ animals had bolted, leaving the party on foot.

Being out on the plains in those days was similar to being sentenced to death.

They were on their way to an army fort that was more than a week away over a barren sea.

They had little more than their weapons and minimal kit with them as they crossed the desolate countryside.

There were no clothes, meals, or any minor luxuries in their harsh life.

They shot buffalo when they came across them on their journey and slept on the hides.

A mixture of snow and rain fell on the party while they were stuck in the sagebrush sea. 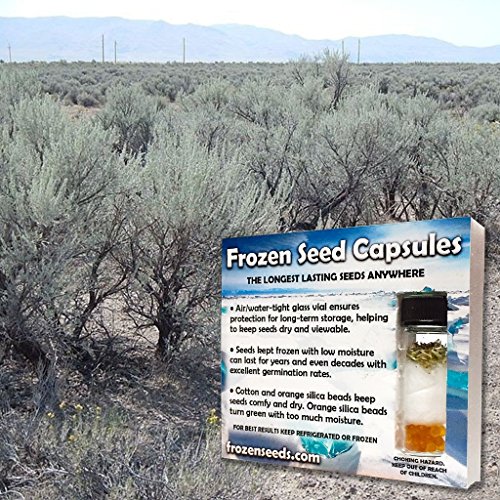 Russell’s depiction of the occurrence proves beyond a shadow of a doubt that perhaps the journey was a disaster.

The party ultimately made it into an army fort after many, many cold and wet kilometers and withstood the experience.

The party, however, had to construct a fire every day along the journey.

With no wood available, they switched to the sagebrush, which provided an almost limitless supply of fire.

On occasions, such fires had no fuels bigger than just a thumb’s width, according to Russell.

After all, it kept them going in difficult circumstances.

Sage as well as other woody bushes have the potential to be used as a source of fuel.

Small plants, like buffalo chips, have the benefit of limiting the size of a fire.

Again, in such a dusty and windy environment, maintaining your fire modesty is critical.

The ancient mountain man saying goes, “the larger the fire, the bigger the idiot.”

By keeping the fire small, they not only reduced the risk of fire spreading, but they also saved work and reduced their chances of being spotted by anyone who intended to harm them.