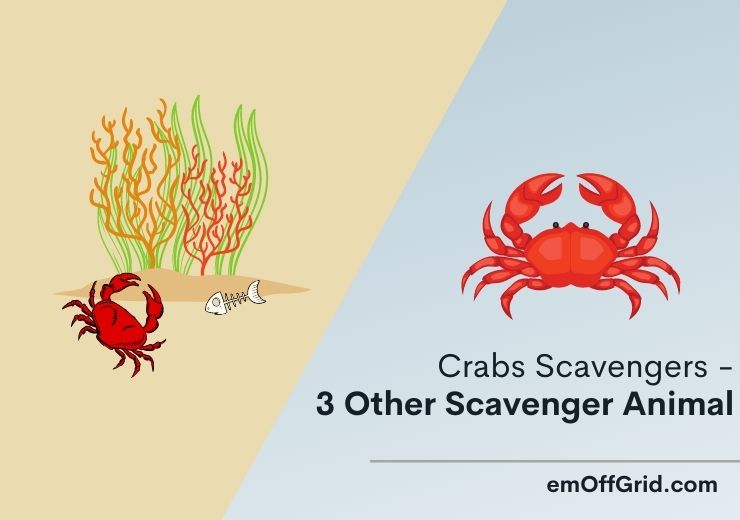 We probably all know about crabs. They are sea animals that simply look like sand dollars, only with legs. In total, there are 4,500+ crab species on the planet, with different sizes and other unique features.

The largest of them all, the Japanese Spider Crab. It is around 15 inches long, however, the smallest is as small as a pea.

We know about crabs, even if not all the unique species, but do you know what they eat?

There are those that will simply prey on crustaceans, fish, as well as other smaller crabs. However, there are others, which are known as crab scavengers.

In this post, we will be taking a deeper look at what these different crabs eat, as well as some of the other animals that are scavengers.

We will also try to understand how scavengers feed themselves. Let us get started.

A scavenger lives by consuming decaying biomass, which might include rotting plant matter or even meat.

Most scavengers are normally carnivores, which are animals that feed on meat.

Most carnivores will hunt and kill prey before eating. However, scavengers will feed on animals that might have died because of natural causes or those that might have been killed by other animals.

Scavengers are an important part of the whole food web.

Scavengers, as well as other carnivores, are on the third level, the trophic level.

The presence of scavengers in the food web is very important because they normally keep the entire ecosystem without carrion or bodies of certain dead animals.

They will break down the organic material faster than it would on its own and then recycle that matter back into the ecosystem in the form of nutrients.

In the sea, there are creatures such as lobsters and other species of crabs that are scavengers. Eels also happen to feed on dead fish.

Some animals such as whales might hunt their own food but will also eat dead whales, pinnipeds, as well as fish.

The answer to this question is both yes and no. Most crabs are scavengers in the sense that they will eat dead or decaying animal matter, but they also hunt for food. This means that they are not exclusively scavengers, but rather opportunistic feeders.

There are certain crab species that will prey on fish, smaller crabs, as well as crustaceans such as pawns, krill, or even shrimp.

Species such as Dungeness Crab will normally scour the floor of the ocean in search of prey. These specific species have features that will help grab some prey like squid.

Another example is the King Crab. This crab has one larger claw used for crushing prey.

Edible crabs will normally hunt prey that include the smaller crab species.

At the same time, there are crabs that are simply scavengers and will spend time looking for anything that might be on the floor of the ocean. That includes plants, carrion, and dead animals.

Some of the crab species known to scavenge include the blue crab, the Hermit Crab, the Spider Crab, and the Dungeness Crab.

The diet of a crab is omnivorous. The smaller species will eat seaweed, algae, small clams, worms, as well as shrimp. The large species will feed on snails, squid, other crabs, small fish, and mussels.

There are species that are able to feed on harder foods such as sand dollars, starfish, and barnacles.

Some crap species are omnivores, others are carnivores, and others are strictly vegetarians.

What Other Animals are Scavengers?

It is important to know that most animals will scavenge in case the opportunity presents itself.

It does not mean that it is what they prefer but they will still eat when they come across it. That includes lions, wolves, and leopards.

Vultures, among the most popular scavengers, have a range of adaptations that make them perfect for scavenging. They are known to have a keen sense of smell and great eyesight.

Their strong senses are used for location of rotting carrion while high in the sky. It is also known that vultures tend to have weaker beaks and talons.

Some birds, such as raptors, will use their strong beaks and sharp talons to kill their prey. Vultures, on the other hand, will not require this to overpower their prey.

Most vultures also have no features on their heads, preventing carrion bits from ticking to the feathers. Therefore, the bird will not be infected with the toxic bacteria in the rotting meat.

There are many insects who are known to scavenge. You should know that the animal does not have to be completely dead for the insects to feed on it.

There are insects such as blowflies that will feed on wounds found on cattle, sheep, and other livestock.

Dead flesh that surrounds the wound is what they eat and the animal will be left relatively healthy.

Hyenas are among the mammals that scavenge. They are, however, still carnivores in certain situations. Lone hyenas are the most popular for feeding on dead animals.

They will eat animals that might have dead because of injuries or other causes. At the same time, they might steal meat that other carnivores have hunted.

In some cases, the hyenas tend to work together to hunt creatures such as antelopes. 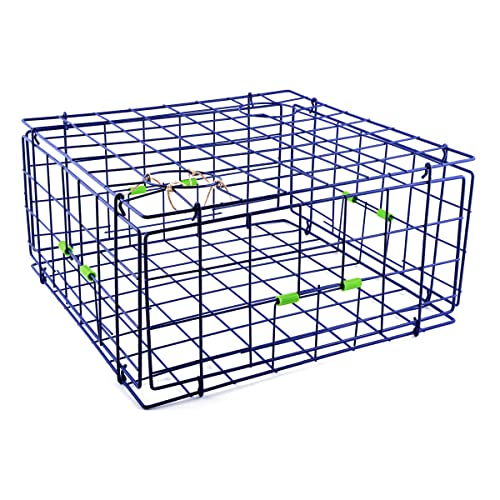 All the mollusk shellfish and crustaceans are unclean. They do not have scales. Such include lobster, scallop, squid, octopus, oysters, crabs, as well as shrimp.

Scavenger crab species will probably eat other species of crab if they are dead. There are those that will hunt them down when alive and eat them.

Coconut crabs feature pincers and are dangerous. They can cause major harm to a human being. At the same time, they are afraid of man and would prefer to keep distance.

There are few cases of attacks on humans. However, at the same time, they might be aggressive when threatened.

Which is the smallest crab in the world?

The small pea crab is the smallest species on the planet. It is, as the name suggests, the size of a pea, only a couple of millimeters long. 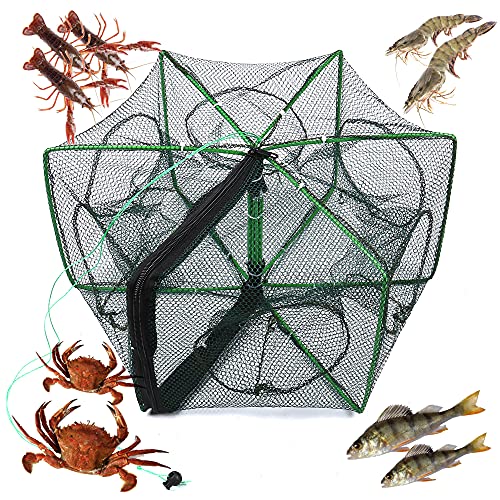 It is important to understand the diets of the animals on our planet, especially when it is the animals we enjoy in our meals.

Crabs are among the least popular animals on the planet. However, they are known to be enjoyed in different cuisines.

We hope that you have found this article helpful. Please share it with friends and explore other topics at the Em Offgrid.