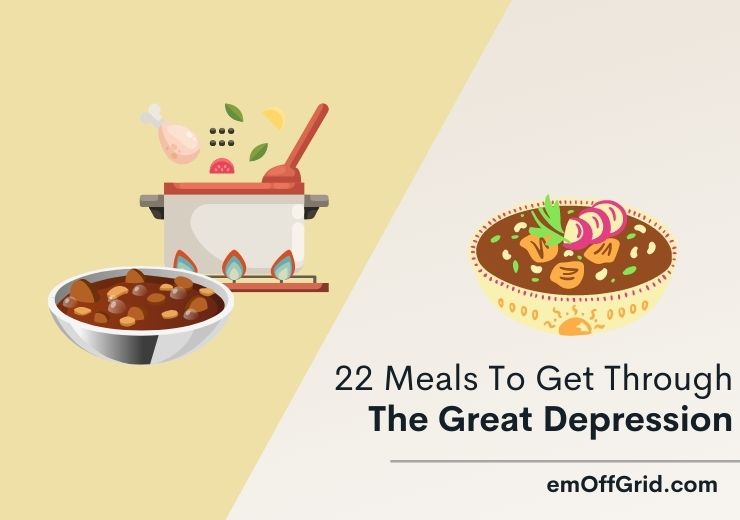 The Great Depression resulted in a rapid increase in food insecurity worldwide which made food rationing necessary in every home.

Cooking your own meal is one of the best ways to ration food items which is why we have curated a list of 22 meals to help us get through the Great Depression.

It’s no secret that cooking at home helps you save money. But making Great Depression-era economical recipes is a wiser move.

These recipes provide a way to cook incredible meals despite being faced with rationed food items.

Many of these constraints encouraged them to be more imaginative and inventive in cooking.

This article provides a list of the best 22 meals to get through the Great Depression, as well as their recipes and cooking tips.

The Great Depression is a decade-long, worldwide economic decline from 1929 to 1939. It currently stands as the longest and most severe economic depression in the history of the Western World. It has served as the basis of many fundamental changes in macroeconomic policy, economic theories and economic institutions.

The Depression resulted in a global food crisis that threatened people’s access to food through multiple channels. This had severe consequences on nutrition and food security worldwide.

The world witnessed not only a massive disruption in food supply networks but also a significant global economic downturn. These crises resulted in decreased earnings and rising food costs, placing food out of reach for many people.

22 Meals To Get Through The Great Depression

It is common knowledge that cooking at home saves money. Making Great Depression-era budget-friendly recipes, on the other hand, is a much wiser decision.

These recipes show you how to make delicious dinners even if you’re on a tight budget.

Here are some of the finest 22 meals, as well as recipes and culinary suggestions, to help us get through the Great Depression;

Baked beans are a popular dish in the United States. They are incredibly delectable due to the blend of sweet, savory, and smoky qualities.

Making your own homemade baked beans from scratch is easier than you would think; all you need is enough time to prepare them.

Cooking Tip: If too much moisture evaporates during the cooking process and the beans become dry, add a bit more of the stored bean water.

Originating in Mid-Atlantic and Dutch County, Eastern Pennsylvania, the creamy chipped beef fondue is another staple depression-era food. It is a cheap and easy-to-make dish made with salted and dried beef.

It was also commonly referred to as “Sh*t on a Shingle” or “Save Our Stomachs”(S.O.S) by the American military force during World War II and World War I.

Cooking Tip: You can add onion and mustard to the cream mix for better taste. Cook with a Fondue pot or Slow Cooker.

As meat was sometimes considered a rare commodity in the depression era, beans were one of the food items that filled its space on the menu.

The Navy Bean Soup is one of the most delicious meals to make this list.

Cooking Tip: Puree all the beans for a smoother soup. The ham hock gives the soup a delicate smokiness.

This dish is also commonly known as the “Crazy Cake.” With no need for butter, milk or eggs, you can easily prepare this incredible chocolate cake.

Much like your volcano experiment, baking soda and vinegar work together to make this cake rise. This is definitely a taste you will enjoy.

Cooking Tip: Canola, vegetable, grapeseed, safflower, corn, or avocado oil are all good neutral cooking oils to use. Any light vinegar, such as white vinegar, rice vinegar, or apple cider vinegar, would suffice.

Butter or vegetable oil, as well as sugar, are commonly used to flavor and thicken the crust.

Cooking Tip: A pinch of cinnamon, nutmeg, cardamom, or any other spice that matches the filling, can be added to the basic crust in this recipe.

The same goes for orange zest, lemon zest, and, of course, vanilla extract.

This peanut butter quick bread is simple to make, and all of the ingredients are combined in one bowl without the use of a mixer.

Yeast, eggs, oil, or butter are not required. In just under an hour, including baking time, you can have a loaf of fresh bread.

Line the loaf pan with a strip of parchment paper that drapes over the narrow edges.

This incredible sandwich is filled with vegetables like onion, tomatoes, cucumber and complemented with tangy mayonnaise dip made by mixing mayonnaise with chili flax and tomato ketchup.

Cooking Tip: Mayonnaise is an essential part of this dish which is why it is important to choose the right mayo.

This dish was one of the most popular and most delicious meals of the depression era.

Cooking Tip: Make the dish with ham, spicy smoked sausage, or turkey ham if you don’t like hot dogs.

Everyone will agree that meatloaf, formerly a Depression-era meal to assist home cooks stretch scarce protein to feed more people, can now be anything you want it to be: an affordable family meal or a culinary masterpiece fit for a king.

The best meatloaf recipe is usually served warm as part of the main course, but it may also be found cold sliced.

Cooking Tip: You can also eat it with sauce. Pour the sauce over the meatloaf and bake for another hour, basting every 30 minutes with the sauce.

This is a very creative use of those pesky dandelions that grow all around your compound. This dish was one of the most common vegetarian dishes of the depression era.

Cooking Tip: To make the dressing, follow these steps: Fill a blender or food processor halfway with roasted garlic pulp (discard the skins). Blend or process the oil, vinegar, lime juice, salt, and pepper until smooth.

Milkorno was invented by Cornell University scientists in the early 1930s as low-cost nourishment for the Depression-era masses.

It’s made up of dried milk powder and cornmeal, and it can be consumed as gruel-like oatmeal or used in recipes like those found at Cornell University.

Cooking Tip: To make the polenta version, in a saucepan, combine 1 cup cornmeal, 1/2 cup powdered skim milk, and 3 to 4 cups water and bring to a boil.

This is a classic potato pancake dish that is deliciously comforting. Often prepared with potatoes, flour or matzo meal in addition to some agent like applesauce or egg to pull it together.

Cooking Tip: For a light dinner, serve with applesauce and sour cream or with roast chicken for a hearty winter feast. If the mixture appears to be too wet, add more flour.

Without a doubt, this soup is a very popular one and rightfully so. The soup comes with a delectable taste due to its creamy soup base as well as the potato chunks.

The potato soup is easily made and absolutely irresistible.

Cooking Tip: To thicken the soup, you can make a roux with flour. However, the step can be replaced by puréeing only some part of the soup if you are interested in a lighter soup.

Beef cutlets, also known as meat patties with potatoes, are very tasty appetizers packed with savory spices and herbs. There’s a reason why these timeless beauties are so popular!

Cooking Tip: You can deep-fry with a 50/50 mixture of vegetable oil and sesame oil instead of using pure vegetable oil.

This soup is the most versatile. It’s tasty, filling, and incredibly quick to prepare. It would be excellent to use leftover pulled pork, shredded chicken, or braised beef.

Just to warm it up, add it in during the last few minutes of cooking.

Hoover Stew can be prepared with hotdogs, tomatoes, beans or corn and macaroni, similar to our modern-day guilty pleasure of macaroni and hot dogs.

It was named after President Herbert Hoover, who took office just before the 1929 financial disaster and was largely enjoyed by shantytown families.

Cooking Tip: Add any additional seasonings you wish, however during the Depression, this was often not “fancied up.” 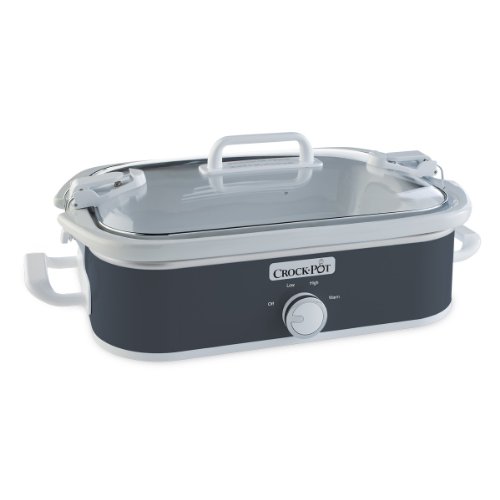 When meat became prohibitively expensive during the Great Depression, people resorted to bologna for sustenance. As a result, bologna casseroles grew in popularity in many homes.

Cooking Tip: A pinch of nutmeg in the potatoes gives a really delightful taste that complements all of the other components well.

During the baking process, the cheese melts, creating a luxurious and delectable dish that may be served as a side dish or as the main course.

Ms. Clara, who had to drop out of high school during the Great Depression because her family couldn’t buy socks, taught the world how to create Poorman’s Meal in 2007.

Cooking Tip: You can add roughly a quarter cup of water to help the potatoes soften.

The texture and sweetness of our Old-Fashioned Rice Pudding are exquisite. This old-fashioned delicacy requires only a few ingredients and a little effort to prepare.

Cooking Tip: Don’t allow the pudding to come to a boil once you’ve done combining the ingredients. It will curdle if you do so.

All you have to do now is maintain it on low heat until it thickens. Keep in mind that it will thicken as it cools.

Emmy from the emmymadeinjapan YouTube channel made this hot water pie from a recipe submitted by a fan whose grandma cooked it during the Great Depression. It’s simple but sweet, and it’s a breeze to make.

Cooking Tip: This dish, while simple, necessitates a lot of beating. Although it may appear that the ingredients will never blend, continue because they will.

Puff Pancakes, Old-World Pancakes, or Dutch Baby Pancakes… They’re delicious no matter what you call them! With only a few ingredients and a lot of flavors, this dish is simple to cook.

Cooking Tip: While this pancake is visually stunning and oh-so-appealing, it isn’t really filling. To round out the meal, we like to serve some interesting sides such as bacon, fruits or syrup.

This cake’s recipe calls for no milk, butter, or eggs; therefore, it remained a popular choice among cooks in the years following WWI, when the United States faced particularly difficult times throughout the 1930s and the Great Depression. As a result, this cake earned the nickname “Poor Man’s Cake” or “Depression-Era Cake.”

Cooking Tip: Use the toothpick method to find out when the cake is ready.

Every meal on this list was once popular during the Great depression, but that does not mean they cannot serve you well in the present times.

This is why it is no surprise they are still quite well-known and very much in use in this age. These meals taste amazing and delicious.

With a few simple ingredients from your pantry, you can save some money and cook some of these amazing meals in your home.

And if you have some other interesting ingredients, you can modify the recipe to create an amazing flavor.

Also check out our other articles about foods for survival: