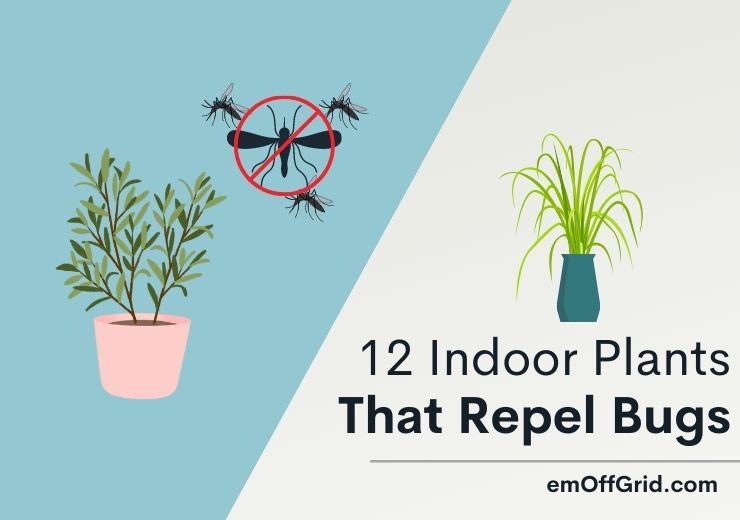 Bugs represent a large percentage of human phobia, and even without that, they are still considered unpleasant by most people.

One of the best ways to repel these bugs is by using one of these 12 indoor plants that repel bugs.

Sure, there are other ways to repel bugs around your home, like using a fly swatter or natural traps.

However, the use of indoor plants is not only easier but also more aesthetically pleasing. Who wouldn’t love the double win of added greenery and bug-repelling capabilities?

In this article, we have compiled a list of the best 12 indoor plants that repel bugs.

11 Common Bugs That Can Be Found in Your Home

The US is currently home to over 91,000 species of bugs, so it’s almost impossible for them not to overrun your home at one point or another.

And there’s nothing worse than having to deal with these annoying bugs while trying to relax at home with your family.

Here is a list of some common bugs that can be found in your home;

Indoor plants are a natural bug repellant and are not only more efficient but also provide a serene atmosphere around the home. There are 12 plants to grow indoors to repel bugs, and they include:

For many years now, Rosemary has been widely used for pest control by many people.

This is because its piny scent has been known to repel insects. Another amazing quality of this plant is the use of its smoke for flavoring meats.

There are two main ways of using Rosemary as a bug repellant. The first one involves drying the leaves and burning them in the place you want to remove the insects from.

This is because the smoke is very effective in repelling bugs.

The second way is by boiling the dried leaves in water for about twenty to thirty minutes, then pouring the water in a squirt bottle.

This can be used as a bug repellent spray. Rosemary grows best in full sun but do not water it too much.

You’ve probably heard about the spiritual significance of sage. For thousands of years,

Sage has been used by different cultures for rituals and spiritual cleansing. However, it is also commonly used to repel bugs.

The best way to use sage as a bug repellant is by burning it where you want to remove the bugs.

This smoke has been known to have a refreshing scent that will fill your house and help you get rid of the bugs.

And Just like Rosemary, you can also use sage to make a homemade bug spray by boiling it for twenty to thirty minutes and putting it in a squirt bottle.

Lemongrass contains large amounts of citral, a common oil used in the production of bug repellants.

And I’m sure you are also familiar with the citronella candle, which is made from the distillation of citral oil.

With Lemongrass, you can get an incredible fragrance as well as a bug repellant at the same time.

However, this plant is delicate and won’t live past winter zone 9. This plant is also known for its culinary significance for flavoring dishes like soup, salad, pork and chicken.

Grow this plant  in your garden under the sunlight and use a planter to keep it indoors during winter as it will not survive winter.

The distinct scent of Citronella grass is known globally, and it is also a well-known natural component in mosquito repellants.

It currently stands as one of the most recommended plants for keeping bugs at bay.

It is a low-maintenance plant that is recommended by even the Brooklyn Botanic Garden and will thrive in warm climates.

However, it is advisable to use a large planter for it during winter as it will not survive frost.

It is also the main component in the production of the famous Citronella Candles.

It has many variations, including the previously mentioned Lemon Grass. It repels mosquitoes by masking the scent of other attractants like the CO2 scent.

Marigold is a popular plant known for its amazing look and pungent scent that has proven to be very effective in repelling bugs. It is an annual plant that can be grown in almost every part of the country.

Based on research by the Newcastle University’s School of Natural and Environmental Sciences, it was discovered that the Marigold plants produce limonene, a chemical capable of repelling mosquitoes, whiteflies, aphids, nematodes, gnats and also rabbits.

They can be easily lined along flower beds or a vegetable garden. They often thrive in sunny spots but can easily fall prey to root rot, mold or mildew.

Lavender is a very versatile plant. It has a refreshing scent that will help you calm down, as well as bug-repelling capabilities to help you get rid of fleas, moths, gnats, beetles and mosquitoes.

It is also widely used as an ingredient in tea.

The Lavender plant has a lot of varieties, and they often grow best in different regions.

This purple flower can also be used to create a bug-repelling oil that can be applied directly to the human skin. This oil is also famous for its skin nourishment capabilities.

Also commonly referred to as catmint, Catnip is a plant that earned its name from its ability to attract cats.

The plant is closely associated with the mint family and can grow in almost every part of the world, both commercially and as a weed.

The plant produces nepetalactone, a chemical that has been proven to have strong insect repelling capabilities. This plant not only helps you keep your home bug free but also keeps your cat happy.

Based on the Iowa State University research, catnip has been shown to be many times more effective than DEET, which is the main component in most commercial bug repellants.

You can also use it to make a homemade bug spray by boiling it for twenty to thirty minutes and putting it in a squirt bottle.

Carnivorous plants refer to the family of plants capable of consuming animals and converting them to nutrients.

The most well-known members of this family include the Pitcher plant and the Venus Flytrap.

These plants often have an exotic appearance coupled with irresistible scents and bright colors to attract insects.

The insects are lured into a unique leaf filled with amazing fragrance, color, and nectar used to trap them.

Once the insect is dead, its body is converted into nutrients for the plant.

These kinds of plants have been very effective in getting rid of a wide range of insects, including beetles, ants, bees, flies, slugs, wasps and even snails.

The best place to plant them would be in a pot by the window where it gets direct sunlight.

The best climate to grow them in would be a mild climate around 21° – 35° C. Water them with rain or distilled water and not tap water.

Chrysanthemums are one of the best houseplants for dealing with bugs in your home.

The plant is known to produce a chemical known as pyrethrin, which is a common ingredient in most commercial bug repellants.

This plant can get rid of both jumping and flying insects such as fleas, mites, nematodes, ants, lice, bedbugs, cockroaches, ticks, silverfish and beetles.

However, you should note that this plant is harmful to birds and aquatic habitats.

The Venus Flytrap is a very famous member of the carnivorous plant family. This plant is capable of consuming animals and converting them to nutrients.

Just like any other carnivorous plant, the Flytrap uses its appealing appearance and smell to attract and entrap insects.

And then convert the insects into nutrients. These kinds of plants have been known to be very effective in getting rid of a wide range of insects, including beetles, ants, bees, flies, slugs, wasps and even snails. 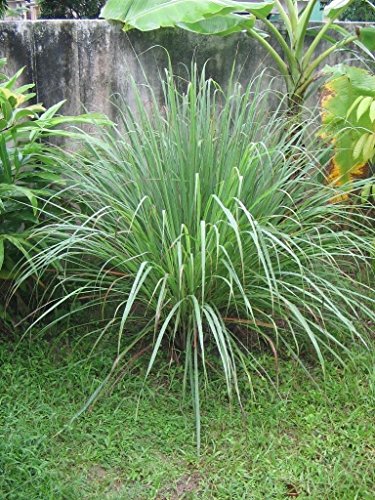 The Mint plant is an incredibly unharmful plant for repelling insects in your home.

This plant is famous for its pungent scent. The stronger the scent of the mint plant, the more potent its bug-repelling capacity will be.

It is also well known for being the main ingredient of the famous mint tea, which has calming properties.

Mint can be planted directly in your patio, garden or window to repel bugs. You can use it to keep mosquitoes, flies and ants away.

Chives are popular for being a great addition to the baked potato meal. However, they are also capable of keeping bugs away from the house.

They are very easy to maintain and will grow properly in partial shade or full sun. 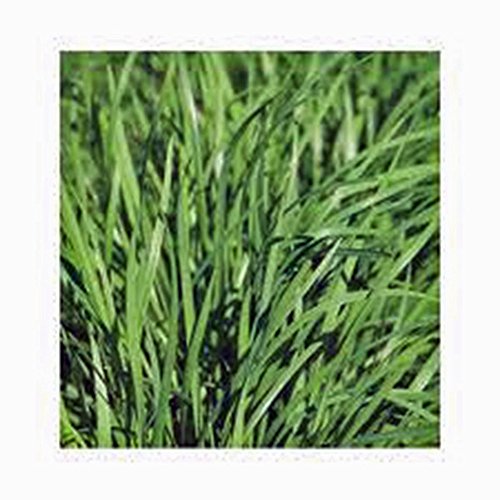 The use of indoor plants to repel bugs is not only more practical but also more appealing. Who wouldn’t appreciate the double win of added greenery and bug repelling properties?

Here are our other articles about planting indoor: